Can You Scale a Startup Without Venture Investment?

Opinions expressed by Entrepreneur contributors are their own.

The conventional startup story goes something like this: An entrepreneur has an amazing idea, leaves their day job to start the new company and then partners with venture capital firms to develop their idea and fund growth. Many companies follow that arc, with a staggering 10,800 U.S. companies receiving venture funding in 2020 alone, according to The National Venture Capital Association.

To level set, venture funding is simply a form of capital designed for companies early in their life cycle. Venture capital gives startups cash to grow and expect equity — instead of debt repayments — in return, which allows young companies to put more of the cash they generate back into building a defensible, scaling business. In its early years, venture funding was provided by a limited number of venture capital firms, commonly referred to as VCs. Today, the number of VCs providing venture capital has grown tremendously. In the first half of 2021, in fact, more than $288 billion of global venture funding was invested worldwide, a record-setting number.

A growing player within venture funding is existing companies. Whether they are looking to bring in new technologies or enter new markets, venture funding from existing corporations to startups increased by 32 percent between 2013 and 2019, with three-quarters of Fortune 100 companies active in the space.

So are all venture capital sources the same? Is partnering with a VC the only way to see your company grow? I have personally led three startups that were created inside of larger companies and grew these companies to be leaders within their space without ever taking external venture funding. Today, I am leading a startup backed by traditional venture capital. Below, I share some of the most important lessons I’ve learned when seeking funding that can be helpful as you make your own decision.

Related: The 10 Most Reliable Ways to Fund a Startup

1. Know the economics of your business

Startup owners need to be evangelists as well as experts. Their enthusiasm must be matched by an expansive understanding of the young company’s strengths, weaknesses and prospects that lie ahead. Doing so means becoming a master of metrics. As soon as feasible, you have to start estimating and tracking metrics such as gross margin, customer acquisition cost and gross lifetime value. And you need to know how all these numbers will change as you establish economies of scale. Financial literacy is like a language that allows you to translate what’s happening to your business — without it, you’re lost.

Related: Improve Your Financial Literacy to Bulletproof Your Business

When it comes to unit economics, VCs want to understand the general unit economics mentioned above. However, VCs traditionally can be much more forgiving for startups that generate negative margins in the early years, as they find product-market fit and optimize how they will drive scale and leadership in large markets. On the other hand, startups within other companies might be constrained by economics and value propositions that the parent company has put in place, along with the parent company’s willingness to absorb negative margins.

For example, one of the startups I worked with decided to investigate whether we could offer discounted prices to customers that order for longer terms. But we discovered that the accounting system of the parent company couldn’t accommodate those discounts. To an extent, our strategy was limited by their technology. That’s why entrepreneurs must also become financial experts — so they can steer the strategy in a new direction while navigating through the reality of what is possible today.

2. Know your investors’ goals and capabilities

Young companies don’t grow in a straight line; there are ups and downs, zigs and zags. Any entrepreneur who expects otherwise is in for a rude awakening. The key is not to try and straighten this line; it’s to embrace and anticipate the meandering.

How different investors measure success will be different. VCs typically want to see their portfolio companies develop product-market fit and then push to see their investments grow quickly and become the first or second player in a massive market. Established companies, however, might invest with other strategic goals, such as building out a portfolio of IP that supersedes the absolute dollar return on their investment.

Established companies’ existing relationships and processes, from supply chain to HR support, can help mitigate the unexpected and allow startups to stay focused on their key mission. In recent years, though, the venture capital studio model has emerged, bringing resources similar to those offered by established companies.

The key decision point is how you get the startup and investors — whether those investors are traditional VCs or existing companies — to align on the appropriate horizon and risk tolerance and make sure the startup’s goals and any support resources respect that overall risk tolerance.

IBM is a good example of a company that makes smart bets on startups. It created an Emerging Business Opportunities campaign to foster new initiatives across IBM. After five years, only three of those initiatives failed, whereas the other 22 now account for a healthy $15 billion in annual revenue.

Regardless of management style or leadership goals, anyone at the helm of a startup needs to be transparent with their workforce. The team must always be informed about how things are going — even if the news is bad. Traditional VC-backed firms tend to be smaller, at least at first, so it is easy to be transparent. Even as the firms scale, teams can still build and maintain a unique, organic culture that can help drive them toward their vision.

This takes on a slightly different dimension in startups funded by existing organizations that operate close to or within that organization. Because these early-stage companies are autonomous yet also integrated into a larger company, they need to be transparent with people inside and outside of the startup. When switching between one audience and the other, it’s important to adjust the lingo, cultural touchstones and processes that are mentioned. In that way, being willing to be transparent takes a backseat to how and what you reveal.

I learned how to walk this fine line while working with a startup that began as a product concept within a larger company. The CEO of the larger company gave the initiative 12 months and a set budget to gain some traction, and we had to prepare the company to stand on its own while continuing to justify its existence to the CEO. That effort worked, as the startup is now a pillar of the larger company’s business — something that stands upright on its own and still manages to prop the larger company up as well.

Running any startup involves an unbelievable amount of pressure, and there is no prescribed road to success. As part of that journey, choosing funding from a traditional VC or an existing company is not a simple decision. Some companies choose to totally fund themselves, called bootstrapping, such as Mailchimp before it was acquired by Intuit for $12 billion. The right decision about fundraising is less about the particular source and more about which source can provide the resources, culture and vision that align with your startup’s goals in five to 10 years.

My revenues are falling, now what?

If your revenues are falling, it is important

Your Finances – Not The Monster Under The Bed You Might Think

Personal finances are a tricky subject—some of us

PROFIT MATTERS LLC IS NOT A CPA FIRM. WE DO NOT PROVIDE ATTESTATION OR ASSURANCE SERVICES  Copyright 2022 Profit Matters, LLC | All Rights Reserved | Site by DigitaComms 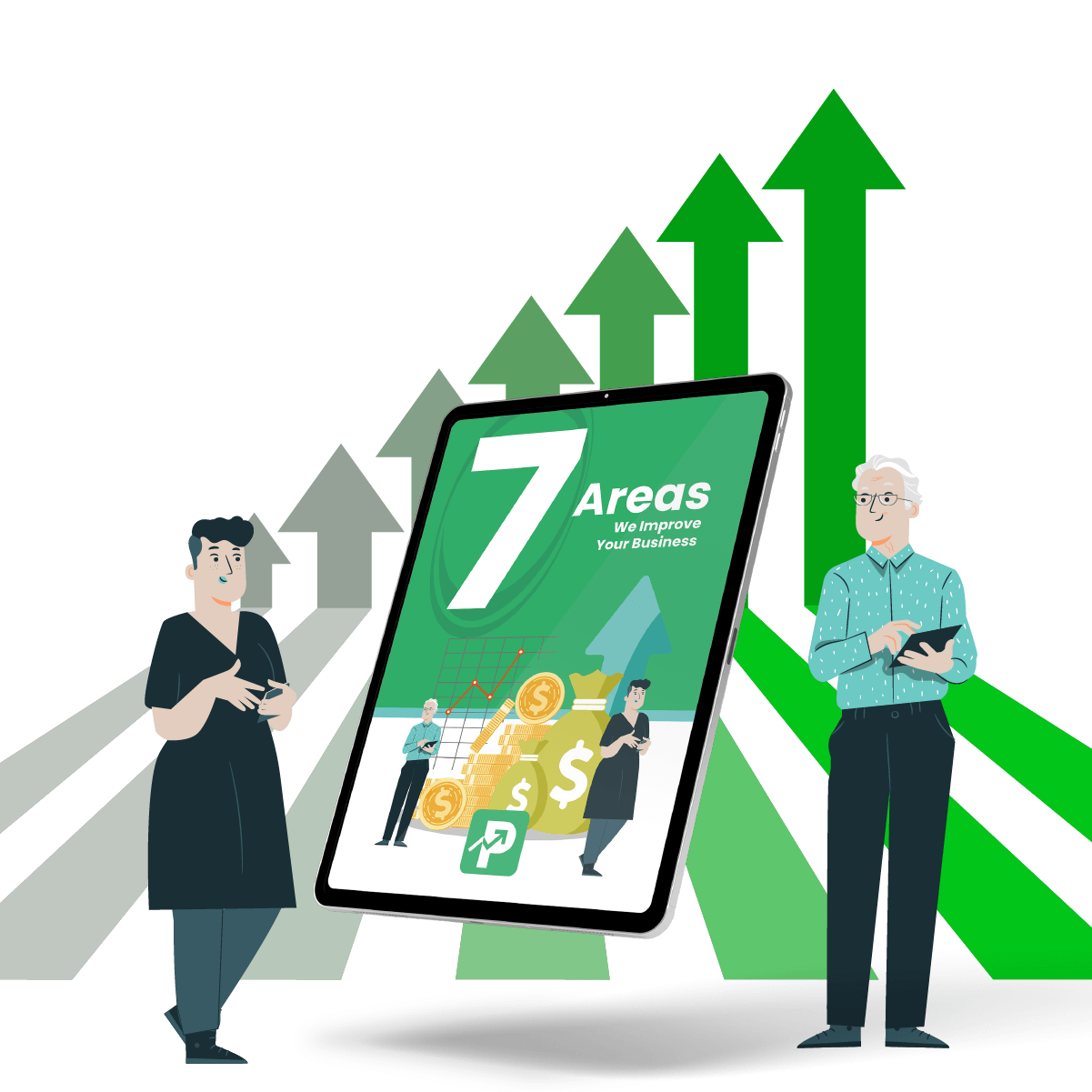